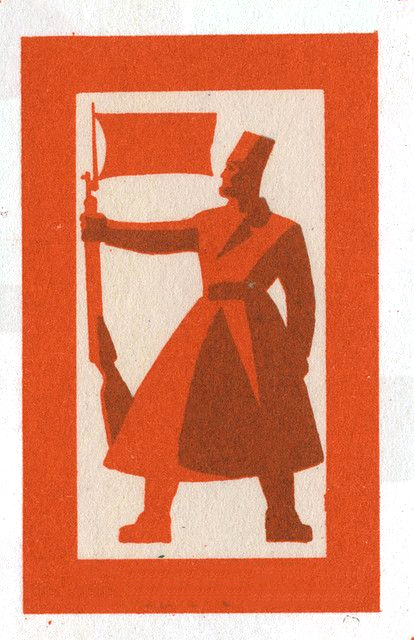 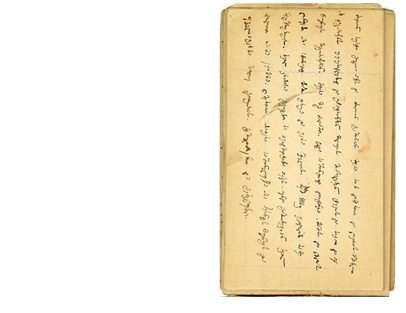 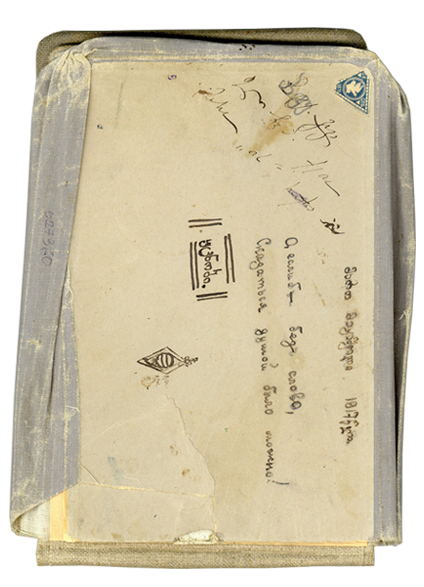 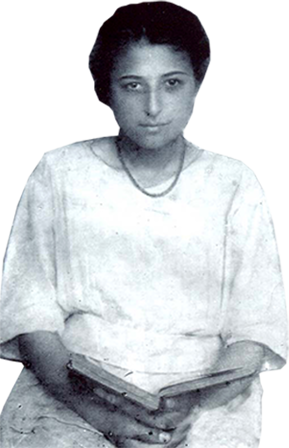 Maro left us the diary to get acquainted with her biography, which, on the one hand, shares her worldview and on the other hand tells us about her personal life. 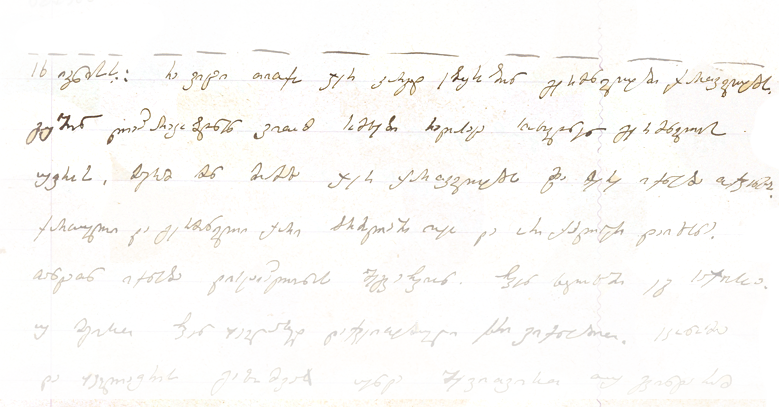 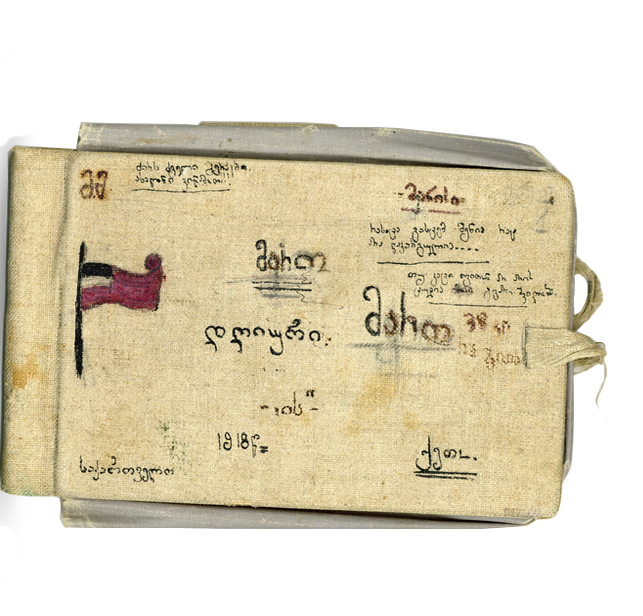 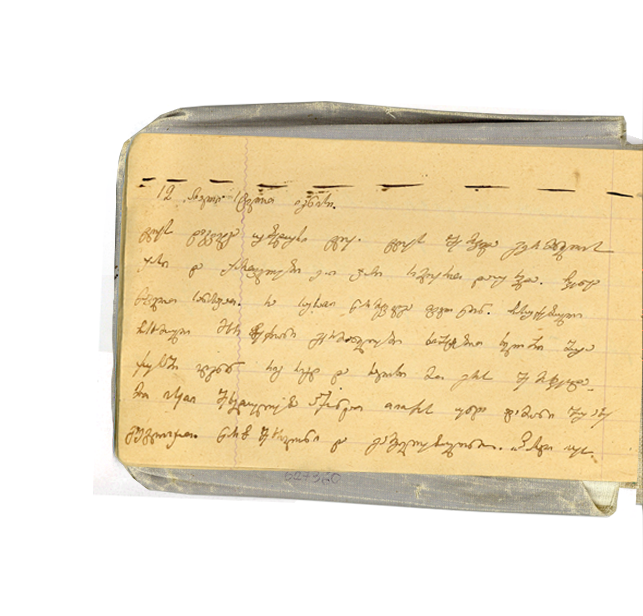 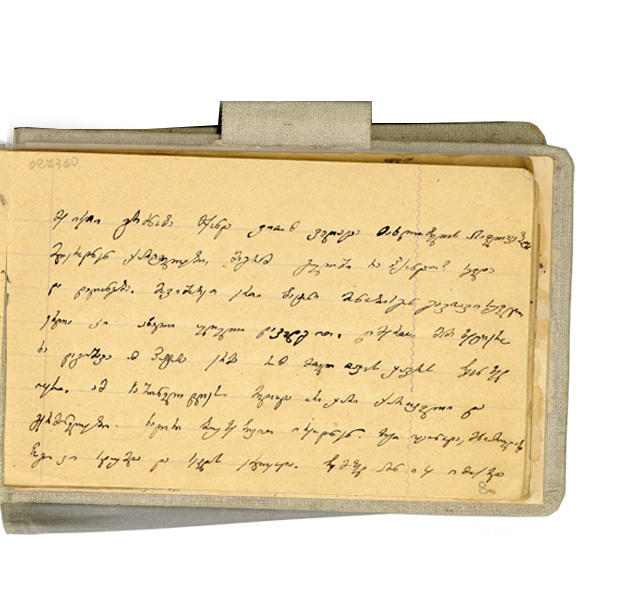 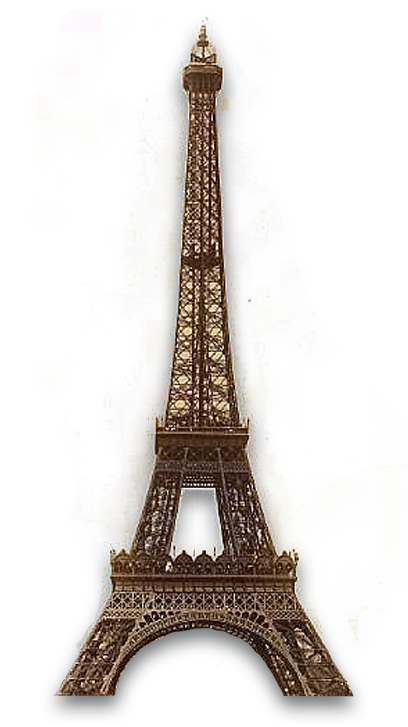 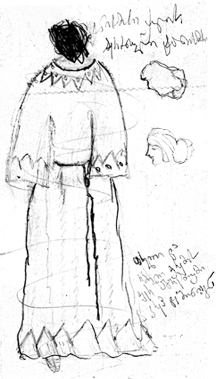 I want abroad very much. I will go evidently. After a year of study I will serve, collect money and make it easier for my parents ... I have a desire to go in Paris and Italy. Will I be hindered with something else? 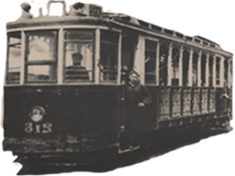 Tbilisi is gradually filled with English troops ... Sometimes French visit us, or Germans and Armenians. Now we are visited by Englishmen. What will they do here, I have no an idea.

Maybe others do not realize this, but I have a feeling that this unlucky nation will fully fortunate the freedom. Then even the sun will shine brightly and warm the area and the moon will illuminate the old tracks going forward to the truth.

I ’m blushing. Everybody is looking at me. Elichka bothered - “oh, Maro, do not worry, do not blush…” Paolo asked about me, who I was.

If I get married, I will not live at the expense of a husband in no way, I will work and acquire money for myself. What a justice is to live at others expense, I am against it. 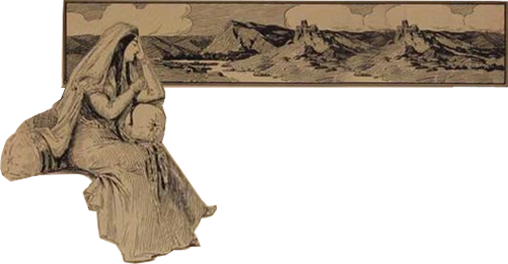 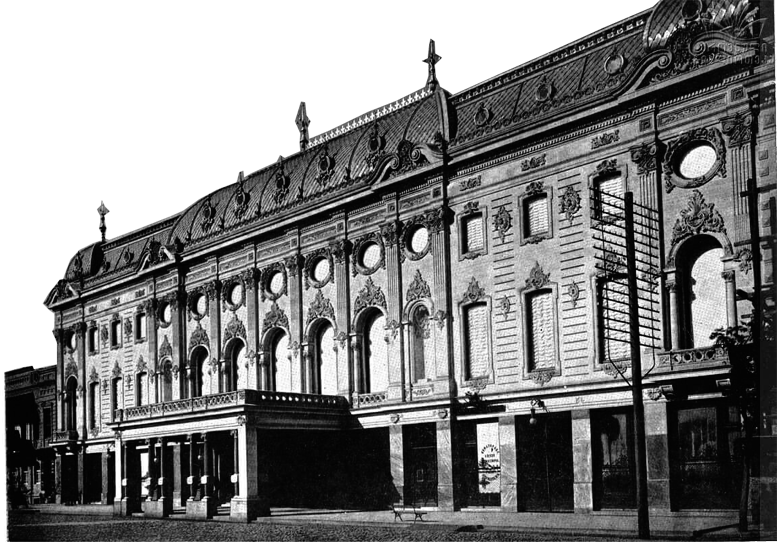 Today is just a month, I have not seen in my diary or I have nothing to share with. Life goes on in its way, does not leave the trace to be described. 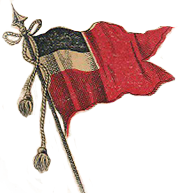 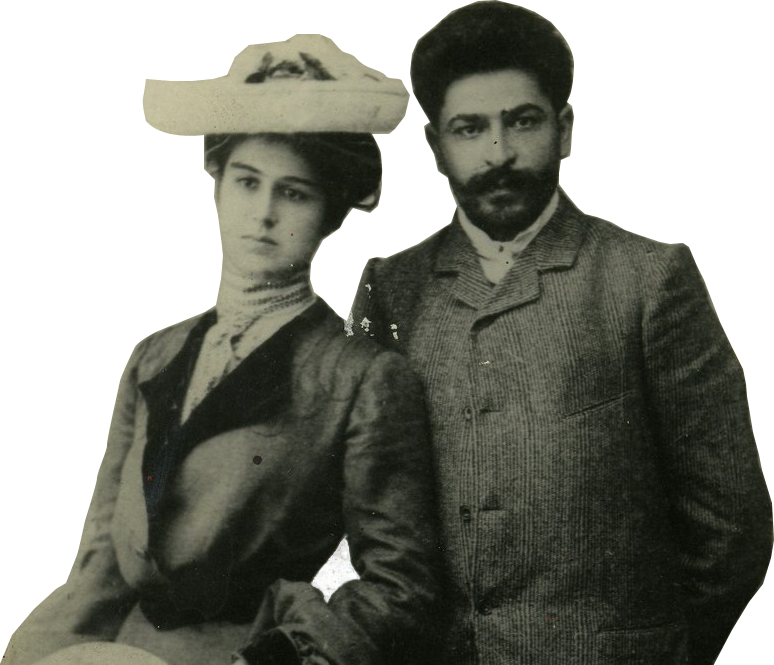 On August 25, 1901, Maro Makashvili was born in the noble family, her father - Kote Makashvili, a poet and one of the founders of the Georgian Writers' Union. Mother - Tamar Gabashvili, a daughter of writer Ekaterine Gabashvili. Maro graduated from the Georgian Gymnasium and studied at faculty of Philosophy at the University. Maro left us a diary to get familiarized with her biography, which, on the one hand, shares her worldview and on the other hand tells us about her personal life. On June 12, 1918 Maro describes the entry and parade of the German army in her diary. 17 - year - old Maro, inspired with patriotic feelings worries that Georgia could not acquire the full freedom and after removal of “one ruler" it has been laid by another load. Independence represents a supreme value and a dream of Maro. Her sorrow with her homeland is boundless, the country that has never been able to open the full wings of freedom. Her optimistic mood is clearly seen from other recordings of diary as well. For example, one day she regrets on German ruling and next day she is trying to see some good sides in it and notes that Georgian people are treated well by Germans so far and here she also expresses her suggestion that German nature may even influence on Georgians in a good manner, to get accustomed with their characterized discipline.
And this, according to her, was really needed by our nation and without discipline we could not go forward. Maro actively opposes the socialism and thinks that dissemination of the world view of this party is impossible in Georgia. In her opinion, that's why in all socialists’ speech was notable the nationalist-patriotic elements. In addition, that Maro expresses her worries regarding Georgia’s fate and dreams on independence of her country, she has thoughts about her future activities. In accordance with her diary, it is clear to see her personal plans and desires. Regarding her thoughts and purposes, it is obvious that Maro is an excited patriot from very young age. All her dreams and thoughts are related to homeland. She started to study two languages - French and English, exactly because of the fact that she wanted to translate refined folk poetry in Georgian language directly from foreign originals. Maro spiritually is an artistic person. She likes to read and write -figuratively, but not in a difficult manner. She is whole-heartedly obsessed with theater and notes that it attracts like magnet. Pursuant to her, while being in theater, she is not able to feel anything around, she is speechless and loses the sense of reality. After performances, she writes little reviews and tells us about her own emotions - what was the imagination that she liked or did not like in the performance, what astonished her, the actor/actress who delights her and etc. Despite of such love of theater, Maro was not enamored with acting profession. In her opinion, artists do not have the goal of the life and public respect. Her feminist soul is also expressed in her recordings. A 17-year-old Maro writes that if she got married, she would not live on the expense of a husband, she would work as she thinks that living at the expense of others is unfair. Also, in one of the recordings, she notes that woman is a slave of the environment in which she has to live. She loves communication with people, joyfulness and notes, that it is necessary for her to get out from home several times in a week. However, there are times when she wants to be alone without speaking of surrounding people. Especially, if she is bogged down in books, the connection with the outside world is stopped. If someone talks to her during the reading, she gets angry and categorically refuses to speak. Personally she is a very simple and shy person. She often gets blushed, and becomes an object of laughing by her friends. She likes Paolo Iashvili from afar and wants to be acquainted with him and eventually she did it. She is blushed exactly when she sees him and even a heart is beating faster. Therefore, she mentions one boy, whose name and surname is unknown for her, but she has sympathies to him and wants to get to know. As she said, something strange happens to her when she sees him, but she cannot explain it. She has feelings toward his friend – Pate. It is clear from her recordings, that she is very simple and observable, deeply examines the events and substantiates with arguments. A 19-year-old student went to the front as a volunteer during the Red Army invasion, registered to the Red Cross as a relief sister and joined the sanitation squad to Kojori. On February 19, Maro was wounded in her skull by a shard of grenade. Maro Makashvili is the first Georgian woman to be recognized as the national hero of the country. Maro Makashvili, who died in the fight against Russian 11th Army, is buried together with Georgian Junkers in the yard of the former military cathedral.

…My beloved father! I feel well so far! We're at 112 Verst from one position, and from 5 or 7 from another. The enemy is still far away, ours hit very hard. They are very excited. Send us a few hazelnuts and if possible some sweets… take care of yourself. Kiss you a lot. By the way it is not cold here. Give my regard to all. Do not be afraid. We will win with fame… 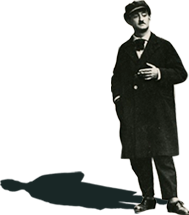