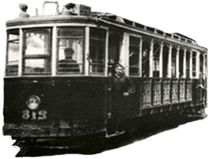 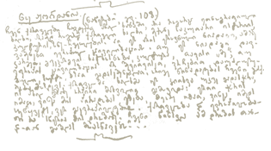 Noe Zhordania was born on January 14, 1868 in Lanchkhuti, a town incorporated at that time into the Russia Empire. After graduating from school in Lanchkhuti in 1884, he enrolled in seminary in Tbilisi. Since childhood, Noe dreamed of traveling to Europe, and even though he was not much into veterinary medicine, he enrolled in the Warsaw Veterinary School in 1891, because it was his only chance to make it to Europe. In Warsaw, he familiarized himself with Marxist ideas and, in his own words, experienced a personal political transformation in 1892 when, equipped with European Socialist ideas, found himself in Egnate Ninoshvili’s home in Kvirila and became a member of a small initiative group targeting the working class as the pillar of revolution. Because of a difference of opinion at the meeting, Zhordania was put in charge of developing an action plan. It was then that he engaged in Georgian politics, and this is how a new Marxist branch known as Mesame Dasi (The Third Group) was established. 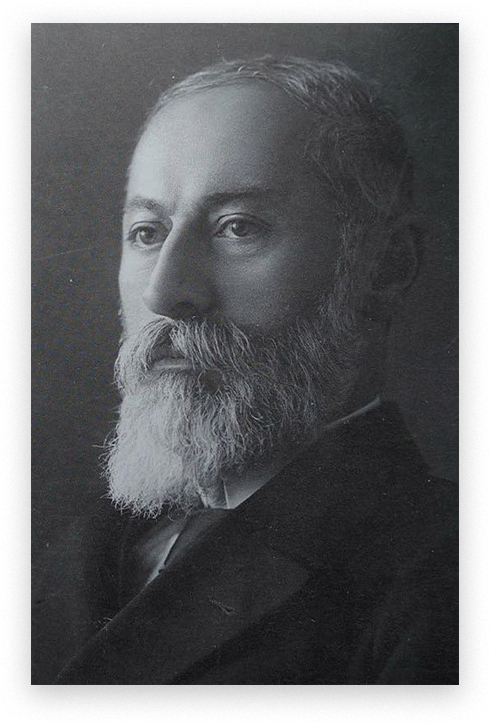 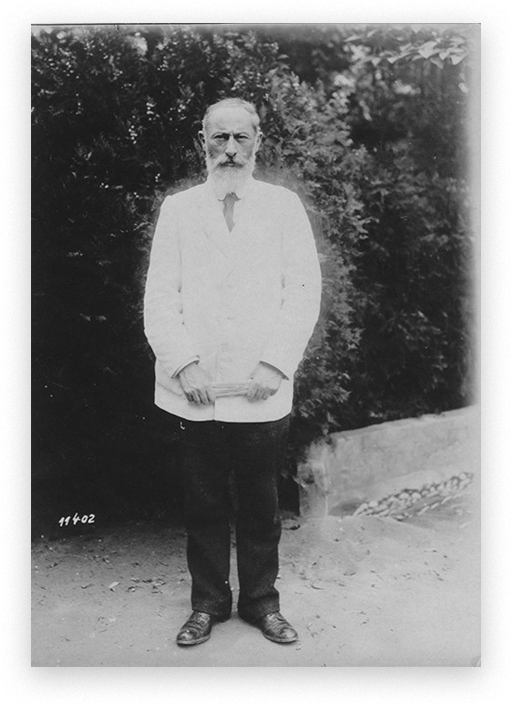 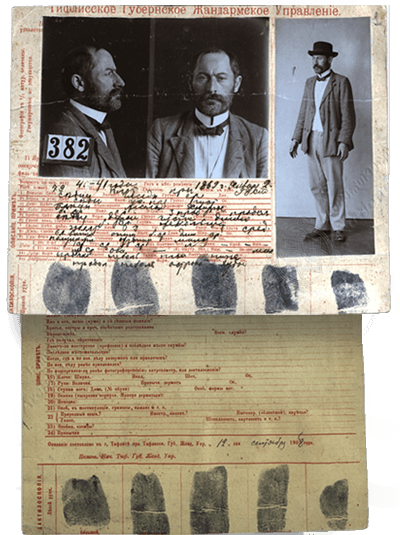 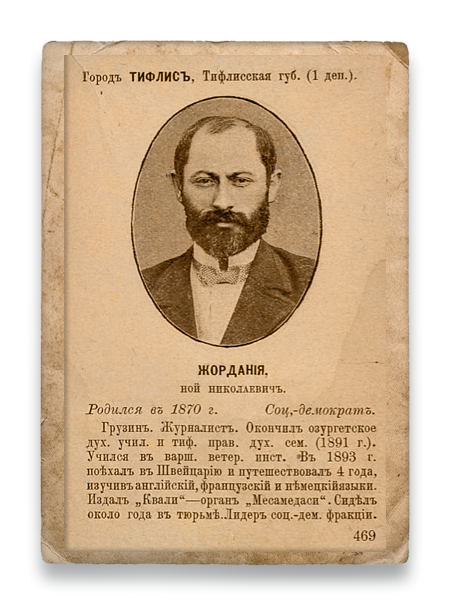 In 1895, Zhordania spent four months in Paris, subsequently moving to Germany, the homeland of Marxism, ultimately settling in Stuttgart where his favorite theoretician, Kautsky, lived.

After having spent four years and six months in Europe, Zhordania returned home in 1897 with a firm decision to employ legal methods of socialist propaganda on top of the ongoing underground work. To this end, he launched negotiations with Anastasia Tumanishvili and Giorgi Tzereteli, the owners of Chveni Kvali newspaper, in an attempt to persuade them to sell the edition. He would also assume the responsibilities of editor-in-chief.
The gendarmerie linked the newspaper to illegal propaganda, and although no hard evidence was found, in 1901, Zhordania was put behind bars and charged with involvement in social democracy eight months later. With Noe Zhordania in prison, the Georgian Social Democrats joined forces with their Russian Social Democrats in 1902, an event Zhordania rebuked.

Chairman of the Government

Despite diverse trials and tribulations, imprisonment, exile, and travel to Europe, Noe succeeded in keeping his fighting spirit ahead of the 1917 Russian Revolution which gave Georgia a chance to break free from the Russian Empire’s dominion. Noe was one of the creators of independent Georgia who, on May 26, 1918, declared the restoration of Georgia’s independence and became the Chairman of the Government of the First Democratic Republic. 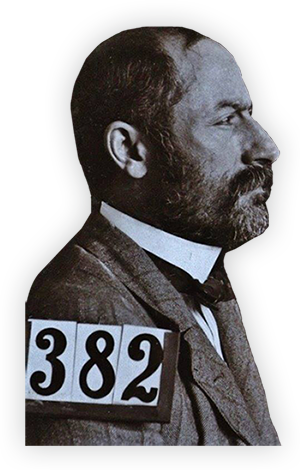 During his tenure as Chairman, he implemented an agrarian reform, which he considered the most important undertaking. He confiscated lands from large landowners, leaving only 20 acres. His Government adopted detailed legislation, enforced an eight-hour workday, collective contracts, and the Labor Chamber. Nonetheless, Zhordania was unhappy because his work would not make a difference in the lives of workers.
"Our socialism consists primarily of agrarian reforms. What happened in our country is more frequently referred to as a revolution, but in reality it was a reform, and here is why. It was carried out without any violence, disorder, or fighting."” “

Noe Zhordania was a lenient ruler who opposed strictness and tried to keep at bay the crude methods of Interior Minister Noe Ramishvili.
Zhordania maintained conservative views on family and the roles of people, believing the creation of a family and procreation to be the primary purposes of a human being.
With his spouse, Ina Koreneva, Noe had four children: Asmati, Nina, Andrey, and Rejeb.

The Festive Reception Celebrating the De Jure Recognition of the Republic of Georgia by Large Western States
Tbilisi, February 6, 1921 (documents preserved at the National Archives)

„European society is fatigued, unable to relate to the pains of others, even ignoring them and striving only to keep its own peace and quiet… What mattered most was that, if a nation did not break, the international situation might turn around for it, and the nation might take advantage.“ ” “
After sovietization, March 17, Zhordania and the members of the Government left Georgia on a ship and found refuge in France where he continued his political activities, leading the party and writing. According to his spouse, Noe Zhordania always said that all he needed to live was a pen and paper.
He died at the age of 85 in Paris in January 1953. According to Ina, though Noe was in poor health, he always managed to hold it back and remain in good spirits, thanks to his determination.
Noe Zhordania is buried in the Le Ville Georgian estate.